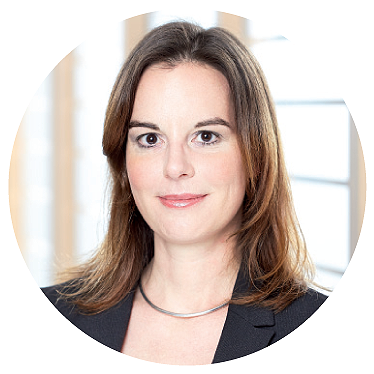 In 2002, she passed the Second State Examination in Food Chemistry in Hamburg, thus obtaining the title of Graduate Food Chemist.

Ms. Klemm has been working in the field of Intellectual Property since 2002.

She first worked as the Head of the Patents and Intellectual Property Department of a medium-sized company active in the development and production of cosmetic, tissue engineering and medical products.

Ms. Klemm has been working in our firm since 2008.

In 2010 she was admitted to practice as representative before the European Patent Office.

Apart from her studies in General Law for Patent Attorneys at the Fern-Universität in Hagen, Ms. Klemm spent parts of her training at the 2. Civil Court of Appeal for patent litigation at the Higher Regional Court in Düsseldorf, at the German Patent and Trademark Office as well as at the Federal Patent Court in Munich.
2013 Ms. Klemm qualified as a German Patent Attorney and was admitted to practice as European Trademark Attorney at the Office for Harmonization in the Internal Market of the European Union in Alicante.

Ms. Klemm represents domestic and international firms in all areas of IP, in particular, patent, utility model, trademark and design model law, as well as in issues relating to the law of employees‘ inventions. With her longtime professional experience one focal point is the broad and all-embracing strategic counseling of small and medium-size companies.

Ms. Klemm’s focal point with regard to patent law is the representation in granting and opposition procedures before the German and European Patent Offices, nullity actions and the preparation of freedom-to-operate opinions and opinions on legal validity, as well as the counseling and representation – of companies and inventors – in issues relating to the law of employees' inventions, and the counseling in the field of parallel imports (in particular of drugs).

With regard to the unitary patent system, which will be implemented shortly, she also acquired a diploma in European Patent Litigation ("D.U. Contentieux des Brevets en Europe") at the University of Strasbourg in 2015.