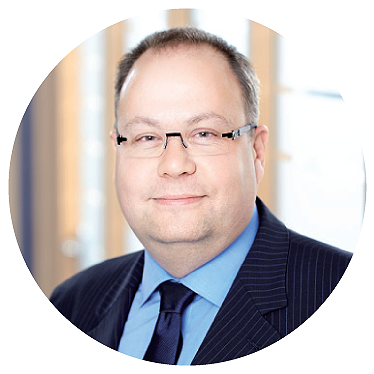 Dr. Dirk Bröcher studied general chemistry in Bonn and Münster. In 1997, he was awarded the degree of "Diplom-Chemiker" for a thesis in the field of preparative synthesis of natural compounds and completed his doctoral thesis on the synthesis of fullerenes in 2001 at the Technical University Karlsruhe.

Dr. Bröcher has been working in IP since 2001, at first in two well-reputed firms in Essen and Düsseldorf.

He spent a part of his training at the patent litigation chamber of the Regional Court Düsseldorf, at the German Patent and Trademark Office as well as at the Federal Patent Court in Munich. Upon completion of his studies in general law for patent attorneys at the FernUniversität Hagen, he qualified as a German Patent Attorney. In the same year, he was also admitted to act as a representative before the European Patent Office.

In order to become acquainted with the aims and structures of business activities of large companies, Dr. Bröcher became a corporate patent attorney with an internationally operating company in the agrochemical industry operating.

Dr. Bröcher is the co-author of several articles on organometallic chemistry and the synthesis of fullerene structures.

Dr. Bröcher represents domestic and international firms in all areas of IP, in particular, patent, utility model, trademark and design model law. Dr. Bröcher's focal point with regard to patent law is the representation in granting and opposition procedures before the German and European Patent Offices, nullity actions and the preparation of freedom-to-operate opinions.

Another focus is the strategic counseling of companies, including portfolio management, providing expert opinions on infringements and legal validity, counseling with regard to the conclusion of license agreements, reviewing issues relating to patent law in takeovers or business separation transactions, as well as counseling in issues relating to the law of employees' inventions.

He completed his studies in "European Intellectual Property Law" (LL.M.) in 2012, dealing, among other things, with European and International Civil Procedure Laws as well as patent infringement and nullity actions in England and France. With regard to the unitary patent system, which will be implemented shortly, he also acquired a diploma in European Patent Litigation ("D.U. Contentieux des Brevets en Europe") at the University of Strasbourg in 2015.

He is married with two children.