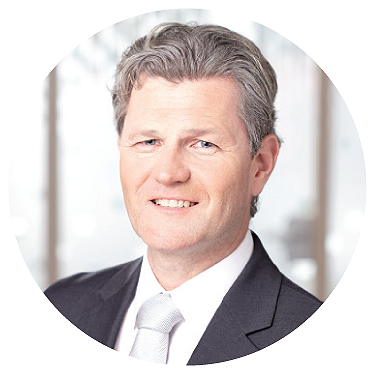 Mr. von Lettow-Vorbeck, German Air Force Reserve Captain, studied mechanical engineering with a focus on production engineering at RWTH Aachen (Technical University), and was awarded the degree of “Diplom Ingenieur“ in 1995. During his studies, he was intent on receiving as broad a technical education as possible and thus attended several additional voluntary courses, such as “Intellectual Property Law“, among others.  He was particularly interested in laser technology, welding technology and medical technology. Thus, his thesis dealt with “Improvement of the strength of dental ceramics by ion-exchange techniques“.

He gained practical experience in the fields of mechanical engineering and printing/labelling technology in Madrid, Mexico City and Meerbusch. He then worked as a management consultant for CAS and CRM systems at Dr. Glinz & Partner, a Düsseldorf consultancy that is well-known in this field, and participated in introducing CAS systems at Deutsche Post AG and Hyundai, among other firms.

Thus prepared, he began his training to become a Patent Attorney at the partnership of Türk, Gille, Hrabal, Leifert in 1998. In 2000, he continued his education at the German Patent and Trademark Office, at the Federal Patent Court (BPatG), as well as at Munich Regional Court.

He returned to Gille Hrabal & Partners as a freelancer in 2001 after having passed the German Patent Attorney’s exam. Also in 2001, he was admitted to represent before the European Office for the Harmonization of the Internal Market (OHIM). He became a partner in 2004.